Now the promises were made to Abraham and to his offspring. It does not say, “And to offsprings,” referring to many, but referring to one, “And to your offspring,” who is Christ. (Galatians 3:16 ESV) 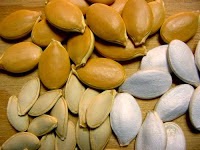 So the point of physical circumcision then had no spiritual benefit to Israelites, because it was a sign of God’s promise to Abraham and only Abraham that the promise of faith would come in the person of Christ Who would come through his seed. This would also explain the reason why only the males were circumcised. If the sign of the promise was to illustrate faith and repentance, then it would have included both the males and females. That the physical sign was applied to males only is a hole in the paedobaptistic framework which Calvin and most other paedobaptists typically do not address.

Furthermore, circumcision did not mark someone as a descendant of Abraham or symbolize that they already were his descendent. Rather, circumcision was simply the sign that God would fulfill his promise to Abraham through the righteousness that comes by faith, in the work of Christ. Circumcision conferred no special privileges to the physical descendants of Abraham. Paul said very clearly to the Galatians, “For neither circumcision counts for anything, nor uncircumcision, but a new creation.” All that matters, says Paul, are the benefits that come through being a new creation in Christ. Physical circumcision, however, counts for nothing.
In baptistic understanding, that only males receive the sign is easily explained in the realization that circumcision is a visual reminder of God’s promise that Christ would come through Abraham’s physical seed. This is inline with Paul’s explanation that the promise to Abraham was to him and his Offspring. Abraham’s Offspring would come through Abraham’s seed. What a powerful and graphic reminder of this promise was the event of circumcision. And that too is why circumcision is no longer necessary, because God’s promise to Abraham to bring Christ through Abraham’s physical seed has been fulfilled, and the promise based on faith in Christ has been reached.
To say that physical circumcision had any spiritual benefit is to directly contradict the apostle Paul’s teaching that the promise comes by faith, not by physical circumcision. Paul said that Abraham is the father of all who believed, and that only the children of the faith are counted as offspring of Abraham. This does not fit with the paedobaptistic idea that physical circumcision had inherent spiritual benefits, because the blessings of the Abrahamic promise came only ever through faith, because it was and is a promise based only in faith, and not any aspect of the law, which includes circumcision. It does however fit perfectly with Scripture’s teaching above, that the promise to Abraham was to Abraham and to his Offspring alone, and that circumcision was the reminder that that promise, based entirely and only in faith, would one day be fulfilled.