Most Bible versions translate hagios here to “holy” which is correct, except that it results in some interpreting the word in some salvific or new-covenant-inclusive sense by some paedobaptists, but I think the HCSB’s rendering of “set apart” alludes to the correct understanding. The reason is this: The children are not made holy in the sense of being saved from the wrath to come. They are not justified. The only way that a child could be holy in a justified sense is according to the Scriptures, which is by their own faith, not because of the faith of their believing parent(s). So it follows that “holy” here means something other than faith. One common understanding shared by some, including John Calvin, is that “holy” here is in the context of a lawful marriage. 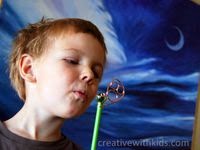 This understanding is further buttressed by the fact that the unbelieving husband is also made holy. There are at least two points to be gleaned here. First, if “holy” here means justification, then it follows that one may be justified without believing, or to put it more plainly, that there is such a thing as a justified unbeliever. We know from other perspicuous passages that this is not the case. The second point is that if Paul means that unbelievers are made holy/justified by their believing spouses, then a Christian marrying an unbeliever should be accepted, because the unbeliever would become a believer by virtue of their marriage. But we know this is not the case. In verse 16, Paul says plainly that the husband is not saved. Additionally, Paul teaches that unbelievers are not saved through marriage when he asks “what fellowship has light with darkness?” So an unbeliever married to a Christian is still an unbeliever, though Paul says that in some way he is “holy.” It follows then that the unbeliever is not holy in a justified sense, but rather in some other way. The conclusion then is this: just as an unbelieving spouse is not made “holy” in the sense of justification or membership in Christ’s covenant, neither are unbelieving children. Calvin’s commentary on the passage is a more feasible solution.

For further support, again we see Paul using the term “holy” in a similar manner a few verses later when he writes,

Again, Paul is contrasting someone who is “holy” and someone who is not. But in this case both persons are believers, so Paul cannot mean “holy” in the sense of justified, but rather he means “set apart,” as I believe he also meant in 7:14.

7:14 Is sanctified in the wife [hēgiastai en tēi gunaiki]. Perfect passive indicative of [hagiazō], to set apart, to hallow, to sanctify. Paul does not, of course, mean that the unbelieving husband is saved by the faith of the believing wife, though Hodge actually so interprets him. Clearly he only means that the marriage relation is sanctified so that there is no need of a divorce. If either husband or wife is a believer and the other agrees to remain, the marriage is holy and need not be set aside. This is so simple that one wonders at the ability of men to get confused over Paul’s language. Else were your children unclean [epei ara ta tekna akatharta]. The common ellipse of the condition with [epei]: “since, accordingly, if it is otherwise, your children are illegitimate [akatharta].” If the relations of the parents be holy, the child’s birth must be holy also (not illegitimate). “He is not assuming that the child of a Christian parent would be baptized; that would spoil rather than help his argument, for it would imply that the child was not [hagios] till it was baptized. The verse throws no light on the question of infant baptism” (Robertson and Plummer).